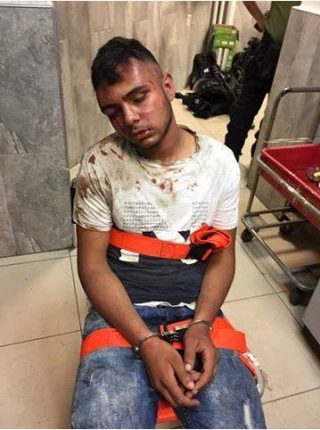 Photos –Da’shiBehavior of the Israeli special units in occupied Jerusalem

On Friday, 21-7-2017, a group of Jerusalemites were arrested by the undercover units after the assaulted them. They included the Jerusalemite boy Mu’tazWa’el Arafat Sa’ida (18 years old), from Wadi Al-Joz neighborhood.

He was brutally assaulted by the occupation soldiers and his blood shed on his body in a scene closer to what is practiced by ISILterrorist organization with those who arrest them.