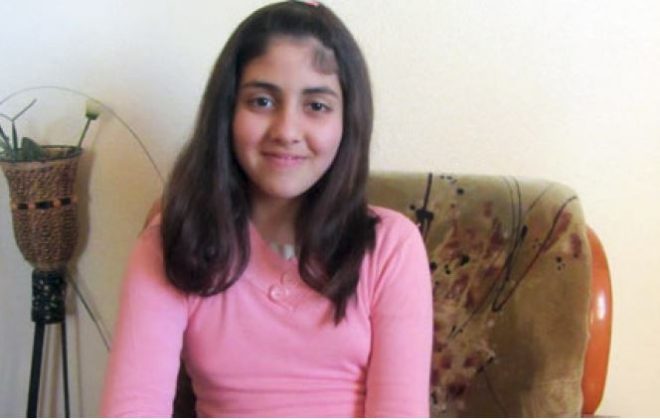 In July 2012, Israel partially reinstated [1] authorization for relatives to visit Palestinians from the Gaza Strip being held in Israel as prisoners or detainees (hereafter: “inmates”). Israel’s decision was made in consequence of a hunger strike by almost 2,000 Palestinian inmates.

However, Israel set strict criteria for these visits, allowing only inmates’ parents and wives to visit. All other relatives, including children, siblings and grandparents, were not allowed to visit. Visitation rights were extended to inmates’ children under the age of eight only in May 2013, and to children under the age of ten in September 2013. No official explanation was given, at any stage, for the age limit on children’s visits, which is not applied to children of security or criminal inmates from the West Bank and from Israel.

According to Israel Prisons Service (IPS) data, at the end of April 2014, Israel was holding 460 inmates from Gaza: 373 [2] are defined as “security inmates” and 87 are defined as “criminalinmates”. According to data by Gaza’s Ministry of Prisoners’, there are 424 minors in the Gaza Strip whose fathers are incarcerated in Israel; yet only 164 – those under the age of ten – may visit.

In recent months, B’Tselem gathered testimonies from Gazan children over the age of ten who have not seen their imprisoned fathers since 2007, and from siblings of such prisoners. In their testimonies, the children describe their longing to be reunited with fathers, as well as the difficulties they face because of the separation. “Security inmates” are not allowed to speak on the telephone and their only mode of communication with relatives barred from visiting is written correspondence.

Visitors are permitted to bring prisoners no more than three photographs per visit. The basic right of the inmates and of their relatives to family life, including prison visits, is enshrined in both international and Israeli law, which recognizes that people are social creatures who need family and community frameworks. It is the state’s duty to protect the right of every inmate to such visits, regardless of the offense for which he or she was convicted.

B’Tselem yet again calls [1] upon Israeli authorities to act with regard to Gazan inmates as they do with those from Israel and the West, i.e., to allow all first-degree relatives, and especially children under the age of 18, to visit their loved ones being held in Israel,. There is no justification for
discriminating between inmates based on their residence, all the more so where children are concerned.

Leen a-Saftawi, 13, does not know her father who has been held in Israel for the last 14 years 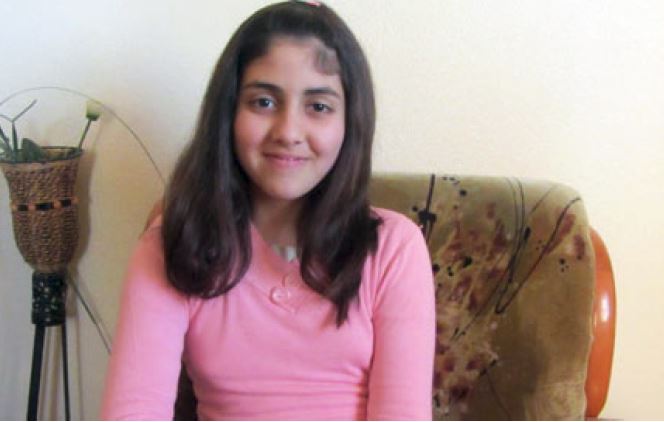 I’m in the eighth grade in Dar al-Arkam School. I live with my mother and my brothers and sister in the a-Saftawi region of Gaza City. I have three brothers and a sister: Jihad, 23, Hamza, 24, As’ad, 20, and Sara, 16. My father, ‘Imad As’ad Hashem a-Saftawi, was arrested at Rafah Crossing on 13 December 2000, on his way back from Egypt. The crossing was under Israeli control at the time. He was sentenced to 18 years in prison. My mother says that I visited him once, back in 2004. I went with my grandmother and my brother Jihad to Nafha Prison. I don’t remember anything from that visit, or of my father, because I was only three then. My grandmother told me about the visit later. I’m thirteen now, and I don’t know anything about my father. I don’t remember getting a hug from him like other kids, who feel their parents’ love. I’m very sad. I have no words to describe how I feel. I feel something is missing in my life, especially on holidays or special occasions.

It really hurts when I see my cousins hugging their parents and sharing their problems with them and telling them how their day was. I try to hide my feelings but sometimes I can’t, and then I start crying. I’ve always dreamed of visiting my father and talking with him, sharing what I’m going through, and telling him about my life. I really hope that someday we’ll be allowed to visit him at least once a month. I know my father only from photos. The last time I got a photo was two weeks ago, when my mom visited him. I was so happy. I decorated it and posted it on Facebook and wrote: How is Dad? Does he have any gray hair? Every time I use the computer, I see my father’s photo.

My mother visits my father at Nafha Prison about once every two months. She always calls the Red Cross the day before the visit to make sure it’s still on and to ask if anything has changed with regard to children’s visits. She’s always told that she can only bring children under the age of ten. Every visit, my mother brings my father only three photos, because that’s all she’s allowed to give him. That makes me angry too, because I want to send him more photos. We’re five children and none of us can visit our father. I don’t know how long Israel will keep denying me my right to visit him. I’m afraid I won’t get see him before he gets out of prison. 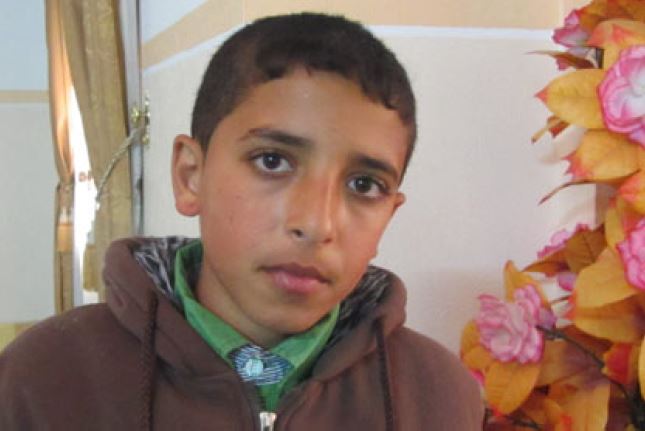 I’m in the eighth grade in ‘Eid al-Agha School. I live with my mother and two sisters – Muna, 15, and Nada, 16 – in a-Satar al-Gharbi neighborhood in Khan Yunis. I have two other sisters who are already married – Maryam, 20, and Rana, 17.

My father, Ra’ef al-Fara, belongs to Fatah. He was arrested on 11 December 2004 by soldiers at Abu Huli Checkpoint [a former checkpoint between the northern and southern Gaza Strip].

I was four years old then. My mother says he was sentenced to life in prison. He’s now in Nafha Prison in Israel.

Until 2007, I used to visit him with my mother and grandmother twice a month. My sisters visited him, too. There was no age limit for visitors.

The last time I visited my father was sometime in the summer of 2007; I don’t remember the exact date. Dad was in Nafha Prison and I went there with my mom, my grandmother and my sister Muna. I was so happy to see him. We spent 45 minutes with him. I couldn’t hug him because of a glass partition between us, and we spoke through a phone. When the time was up, the wardens hung up the phone and told us to leave.

I remember that one time, the wardens let me go into the room my dad was in and hug him.

That’s the only time I’ve hugged him since he was arrested. He was really happy. He picked me up and kissed me and walked around the room with me in his arms. I felt so happy in his embrace, and the other prisoners were so moved, they started crying. After 2007, Israel wouldn’t allow prisoners from Gaza to have visitors for years. I was sad and very worried about my father, because we had practically no contact. Every now and then we sent him regards over the radio, and sometimes we sent him letters through the International Red Cross. I felt his absence particularly on special occasions and hoped I could at least visit him on holidays.

In 2012, Israel allowed visits again and I was thrilled. But they set an age limit for visitors and since I was 11, I wasn’t allowed to visit him. It made me very sad.

My mother goes there with my grandfather and grandmother about once every two months.

My sisters and I stay home, sad because we can’t go too.

On the day of the visit, I wake up with my mother at 3:00 A.M. and walk her to the bus station in Khan Yunis, where you get the bus to Erez Crossing. I ask my mother to say hi to

my father from me and tell him that I miss him. I sit and wait with my sisters and aunts until she comes back with my grandparents. When they get home, at around 9:00 P.M., relatives pour into the house to hear news from my father. My sisters and I want to hear about every single detail of the visit.

The last photo I saw of my father is from seven months ago. My grandparents visited him them at Nafha Prison and the wardens allowed prisoners to have their photos taken with visitors over the age of 50.

My mother calls the Red Cross every two weeks to find out visiting dates and the age limit for children. Every time, she’s told that Israel doesn’t allow kids over the age of ten to visit.