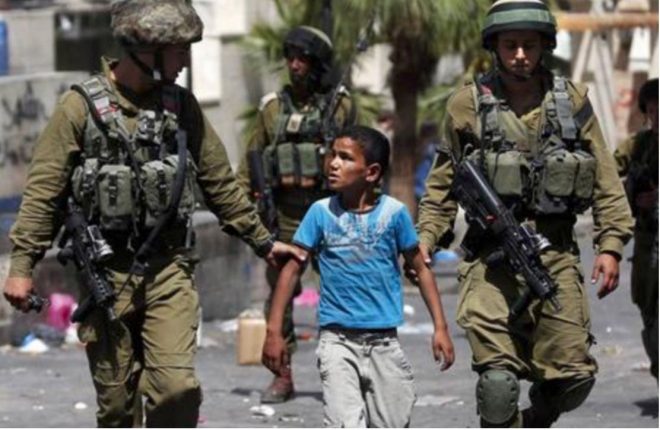 39 sentences were issued against the child prisoners in Ofer in August, and fines of 110 thousand shekels

The Israeli Ofer court issued various verdicts against 39 minors during August, and imposed heavy fines amounting to more than 110,000 shekels.

During the past month, 59 minors were admitted to the children section in Ofer Prison, 40 were arrested from houses, 10 from the roads, 3 at the military checkpoints, 4 were arrested after summons, and 2 for not having work permits.

Of those, 4 were arrested after being shot and 13 others were beaten and abused during their arrest and taken to interrogation centers, knowing that the sentences issued against them ranged from one to 32 months.

A minor prisoner is talking about what he was exposed to of barbarity arresting conditions, beating and threatening by the occupation soldiers and investigators. The prisoner Mohammed Sami Hamidat (17 years), resident of Al-Bireh, said that he was arrested after the Israeli occupation forces raided his house at 5:00 am, and destroyed its contents and spread terror. Then, they took him on foot to Beit El settlement. During the interrogation, they deliberately beat him, screamed in his face, and cursed him in order to enforce him to recognize the charges they claim against him.