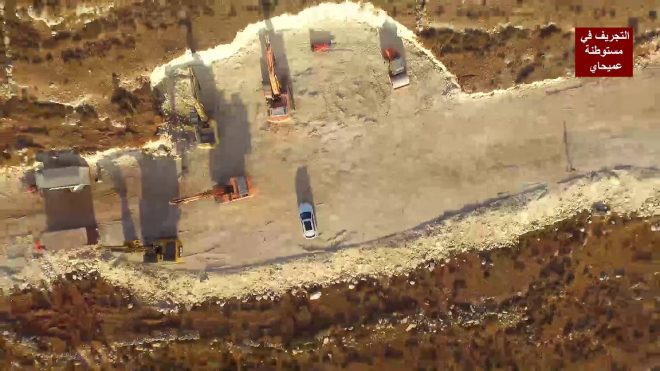 On Monday, the Israeli occupying state begins to construct a new settlement in the West Bank to inhabit the settlers from “Amona” outpost, which was evacuated in February 2017.

The Israeli Seventh Channel said that Interior Minister Aryeh Deri told the officials of the former “Amona” outpost that all legal procedures were completed, and the process of construction in the settlement, named “Amihai”, will begin after identifying its place in advance.

On June 3, the Israeli government approved to allocate NIS 60 million (16 million US$s) for the construction of the Amihai settlement, which will house 200 to 300 settlers who were living in Amona.

Hebrew Haaretz newspaper reported on July 11 that evidence, experts and opinions showed that parts of the new settlement would be built on private Palestinian land. The evidence showed that the property belongs to Palestinians who had cultivated it between 1997 and 2002. The paper reported that the Palestinians had presented papers from the Ottoman period proving that they belong to them. The new settlement will be located in the valley of of Estona, south of Nablus, near Shilo settlement.