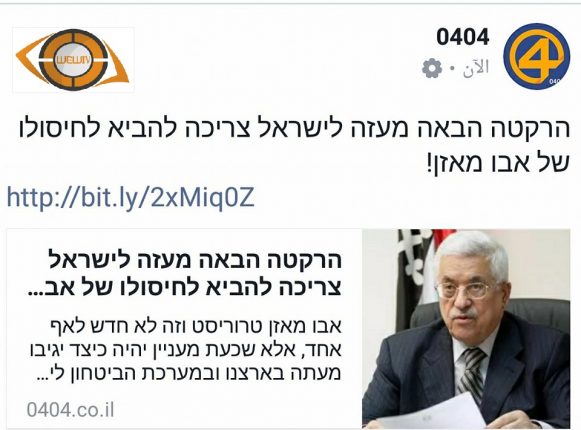 Israeli writer Boaz Golan said in his article “Abu Mazen is a terrorist and this is not new,” He added “Now, after Fatah has joined Hamas, Abu Mazen has taken all responsibility over the joint “government”, in other words, Abu Mazen has become responsible for everything going on in the Gaza Strip”.

He also said “Israeli army which receives guidance from the political leadership must send a message to the media: ” Israeli army sees Abu Mazen as the main address who bears full responsibility. “

He added “Now, after responsibility has been transferred to Abu Mazen, there are no more excuses: We must kill anyone tries to shoot on us!” 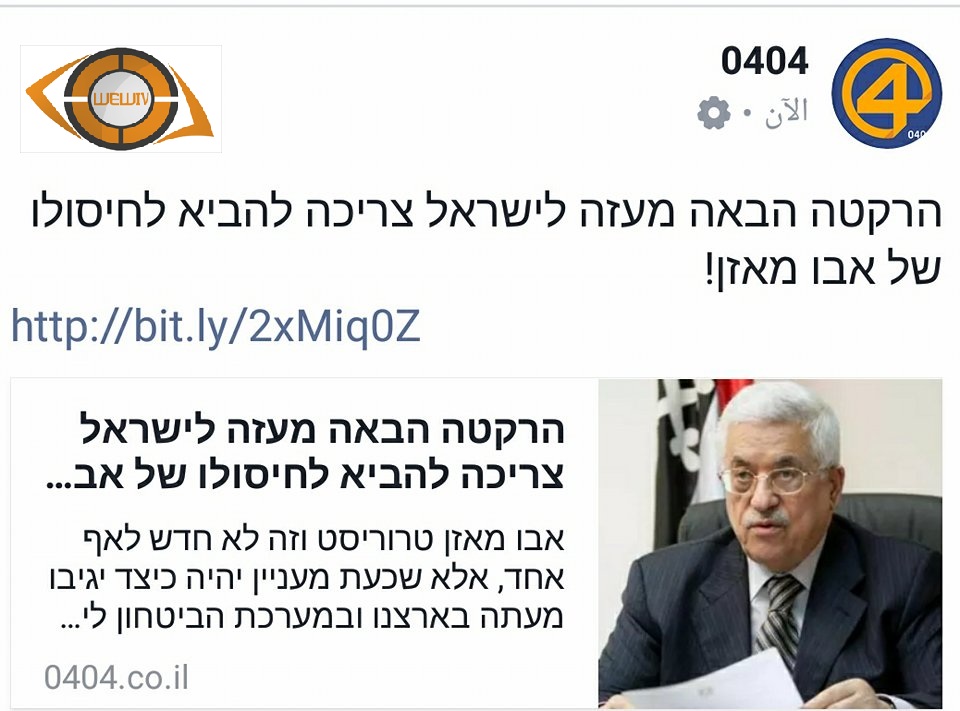