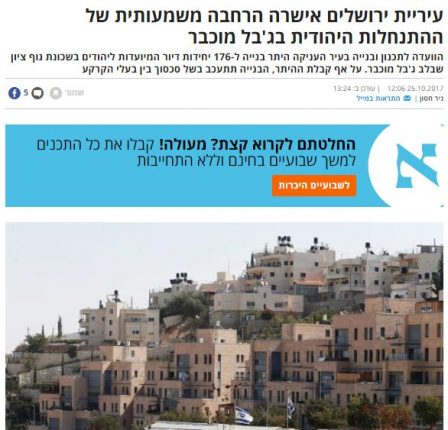 On Wednesday, the occupation municipality in occupied Jerusalem approved to grant permits to build 176 housing units for Jews in Jabal al-Mukaber neighborhood, southeast of Jerusalem.

It should be noted that the implementation of the settlement plan would transform the Neve Tzion settlement in Jabal Mukaber into the largest settlement inside the Palestinian neighborhoods of the city. It is noteworthy that “Chemini” company applied for permits to construct on “land owned by foreign companies registered in Australia, Cayman Islands in the Caribbean Sea and the United States. According to the “Peace No movement,” the Australian Jewish businessman, Queen Bermeister, is behind the Company. 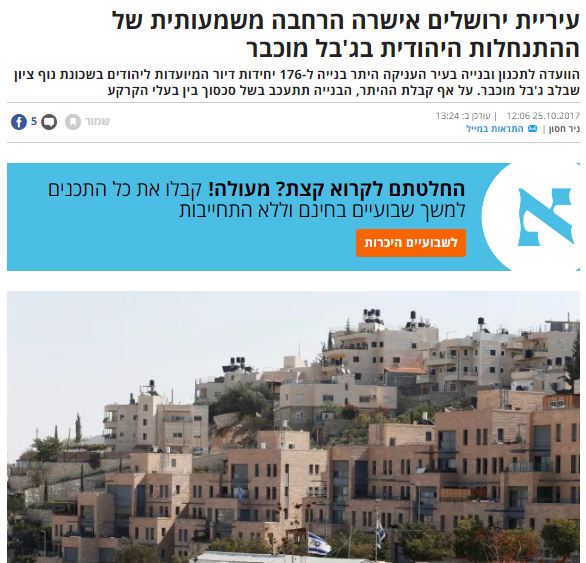