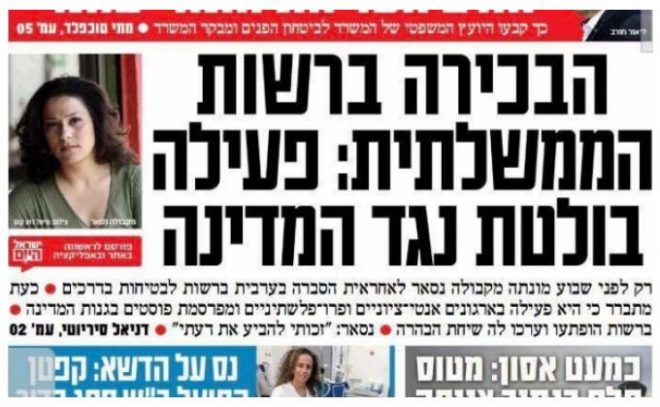 On Wednesday morning, 8-11-2017, Israeli daily HaYom published a sharp attack on Palestinian journalist ,Maqbola  Nassar, a week after she was appointed to the position of the Israeli road safety authority because of her political views.

This attack published by the newspaper owned by businessman Sheldon Edelson, a close associate of Benjamin Netanyahu, reflects the Israeli right’s approach regarding senior positions in various ministries and institutions filled by Arabs, and the attempts to overthrow them, especially those who dare to express their political views against occupation and settlement.

Following the publication of racist incitement against Nassar, Israel’s Minister of Communications, Yisrael Katz, said that “the National Authority for Road Safety must seek legal means to stop her work immediately.” 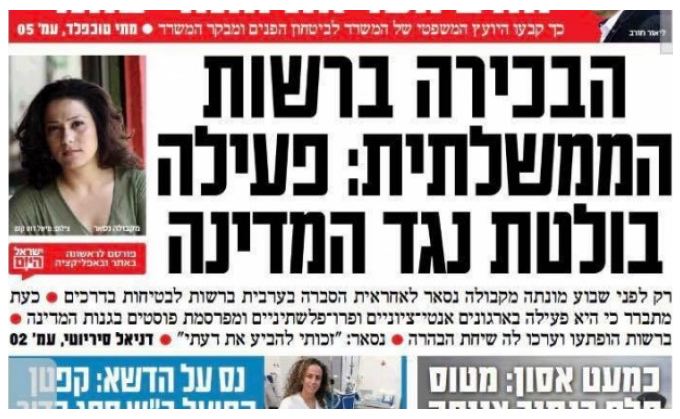