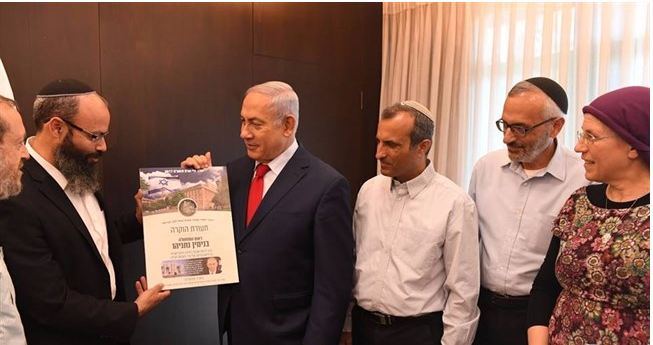 Netanyahu To Settler Leaders: “We Will Continue To Build In Settlements”

The settlement leaders gave Netanyahu a certificate of appreciation for his role in supporting settlements.