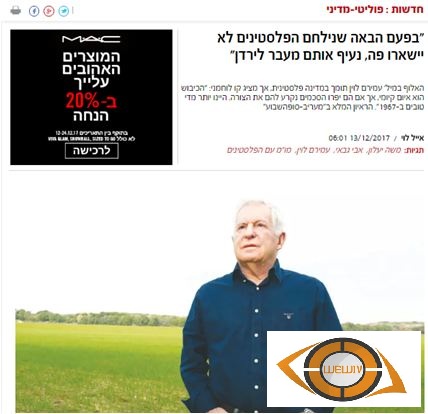 In an interview with Maariv newspaper, retired general Amiram Levin said: “I am not talking about peace. Peace is hope”.

“I am not the one who claps to dismantle any settlement … People live there, it is their house that we sent them to. Thanks to them, we forced the Palestinians to accept the borders of 1967. In my opinion, we should expand the settlements as much as possible”

“Our army has forgotten the victories, we have to give it back the ability to crush and to be tough. The goal is not bringing the soldiers back to their homes, but to destroy the enemy,” retired general Levine said in the interview.