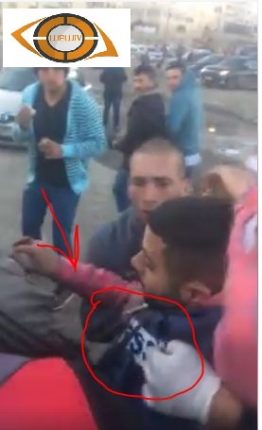 110 violations against journalists by the occupation since “Trump Declaration”

About 110 attacks have been reported in various Palestinian governorates since the US President Donald Trump announced the recognition of occupied Jerusalem as the capital of Israel on 6-12-2017, the most prominent of which was the injury of 68 journalists directly during their coverage of the protests.

Five journalists were injured again after they returned to the field, indicating a planned and direct targeting of specific journalists. Three cameras were also targeted directly in the same context.

The Israeli occupation forces arrested three journalists in Jerusalem and Hebron, and summoned one female journalist. 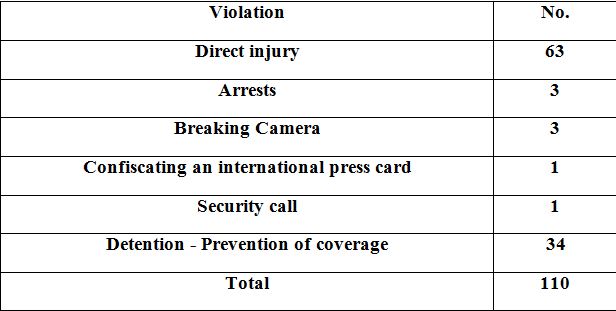