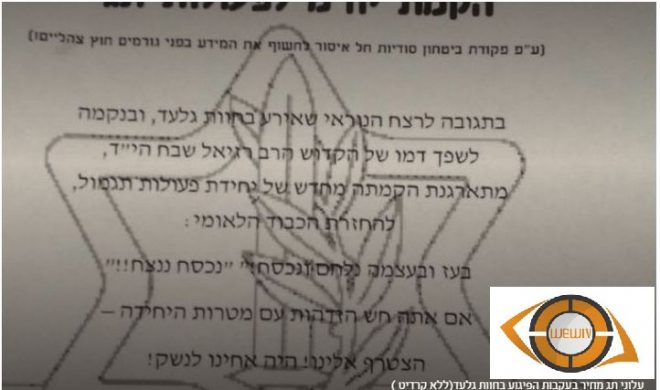 Media sources said that an Israeli soldiers was inciting to carry out “price tag” attacks against the Palestinians inside a military base.

Publications were found inside the outpost where the soldier was serving, calling for revenge against the Palestinians for the killing of Rabbi Raziel Shif from the outpost of Gilad.

The leaflet distributed by the soldier called for the establishment of a special unit for “price-tag” attacks in the Israeli army.

“In response to the terrible killing of Gilad Shalit, and in retaliation for the blood of Rabbi Raziel Sheffah, we must form a retaliatory unit to restore national honor. We will fight and win. If you are convinced with the objectives of the unit, join us, be with us in arms.”

The leaflets distributed by the soldier to avenge the Palestinians, came days after Agriculture Minister Uri Ariel called on the Israeli government to kill Palestinians. 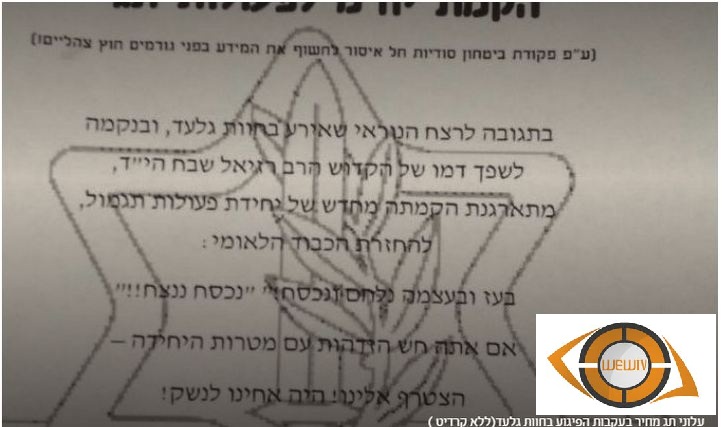