The coalition government of the occupation state, led by Benjamin Netanyahu, accelerates  and advances the so-called “law of nationalism”. It works extensively  to submit it to the Knesset for vote, on the first reading next Monday. 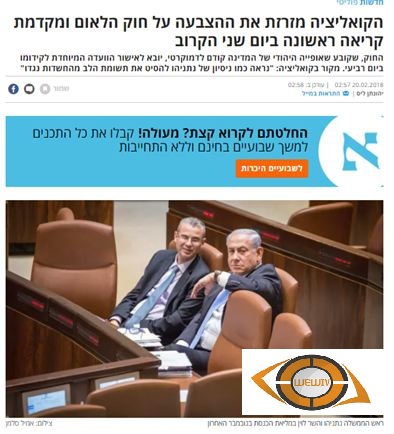 It should be noted that the proposal of the law masters the Jewish character of the state before of democratic values.

According to Haaretz, the text of the law makes Jewish statehood superior to democratic values, and allows the Supreme Court to master Israel’s Jewish identity rather than democratic identity, regarding all decisions where there is a contradiction between Judaism and democracy. The bill also does not include the establishment of the value of equality.