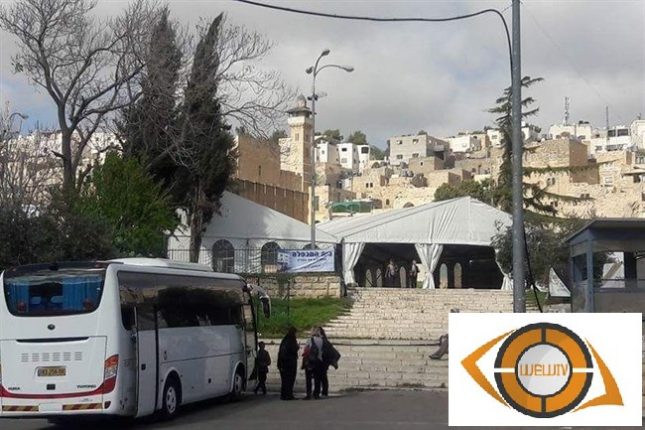 Photos – Another violation to the sanctity of holy sites

On 9/3/2018, settlers, protected by the Israeli army, set up tents in the courtyard of Al-Ibrahimi Mosque in Hebron. This is a part of the attempts of the occupation authorities led by settlers in Netanyahu’s government to control Al-Ibrahimi Mosque and to give it a Jewish color.