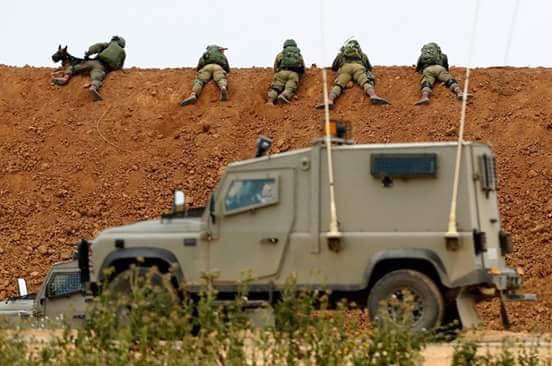 Palestinians carried out peaceful popular marches to express their right to return to their lands and homes, from which, they were expelled by the occupation by force. They only carried Palestinian flags.

The occupation army, which deployed thousands of heavily armed soldiers and hundreds of snipers, killed in a few hours of peaceful protests 16 martyrs and injured 1,400 people, contrary to all international laws that prohibit the use of firepower in this way against peaceful protesters.

Will we see the leaders of the occupation army and those who gave them orders before international courts due to this massacre?