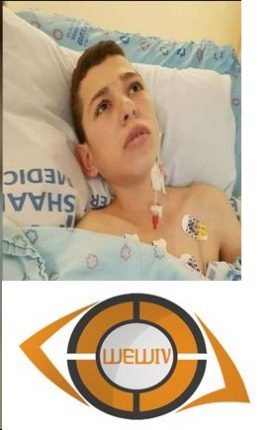 Due to Medical Negligence: The Young Prisoner Hassan al-Tamimi Loses his Vision Completely

The Palestinian Prisoners Club announced that Hassan Al-Tamimi’s  preliminary results of medical tests indicate that he lost his sight completely.

The prisoner’s lawyer, Ahmed Safia, said in a press statement that the tests proved that the direct cause of his loss of vision is damage to the nerves of the eyes, which resulted from the crime of medical negligence suffered during his detention by the occupation army.

He added that the administration of the Israeli occupation authorities has failed to provide treatment on time, and practiced the medical negligence policy against him since his arrest on April 7, 2018, despite knowing his health status details, and despite our repeated appeals to urge them to provide treatment him treatment and food.