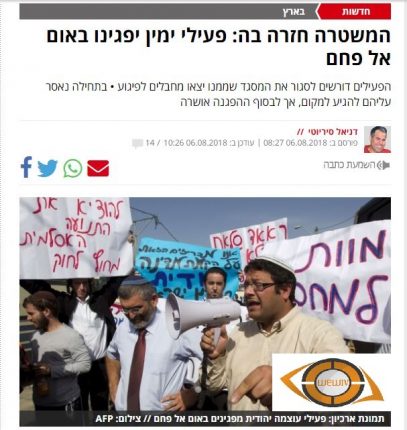 Israeli police allowed members of the extreme right-wing movement “Otsma Yehudit” – which means “Jewish Hardness” – led by extremist (Michael Ben Ari) and the terrorist (Baruch Marzel) and the extremist (Itamar Ben Gafir), to hold a demonstration on Thursday 9-8-2018 in the Palestinian city of Umm al-Fahm, demanding the closure of one of the  mosques (Al-Farouk Mosque).

The extremist, Michael Ben Ari, commented on the police decision, saying: “It is a very small step, but we hope it will lead to a major change.”

“The State of Israel is a Jewish state, and a mosque that continuous incitement against Israel must be dismantled,” Marzel said. 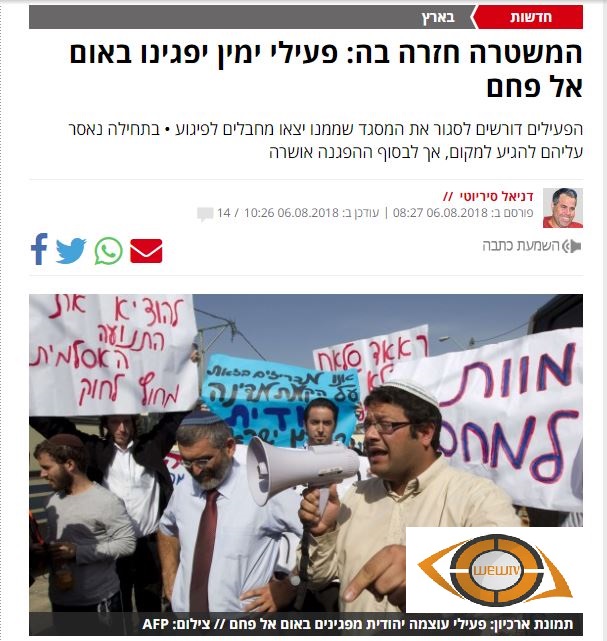