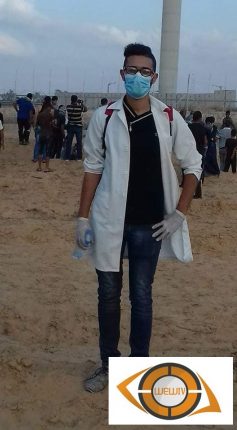 The medic Abdullah Qatati is a martyr who joins his volunteer colleague Razan Al-Najjar ..

On Friday 10/8/2018, volunteer medic Abdullah Qatati was killed by Israeli bullets in his back, the eastern of Rafah, south of Gaza Strip.

Al-Qatati, a medic who has been a volunteer in the return marches, died during his humanitarian work in the service of wounded marchers.

Al-Qatti joins the martyr on Tenth Friday of the return marches, the volunteer nurse Razan An-Najjar, 21 years, who died after being hit by a bullet in the chest fired by Israeli soldiers as she was transferring one of the wounded to provide him with treatment.

The Government of Israel and its military commanders continue to violate the Fourth Geneva Convention of 1949. Article 20 of the Convention states that “the personnel working in the administration and operation of hospitals, including ambulance crews, nurses and paramedics who transfer and evacuate the wounded, must be respected and protected.” Thus, they must be held accountable by the international community. 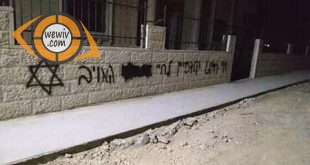