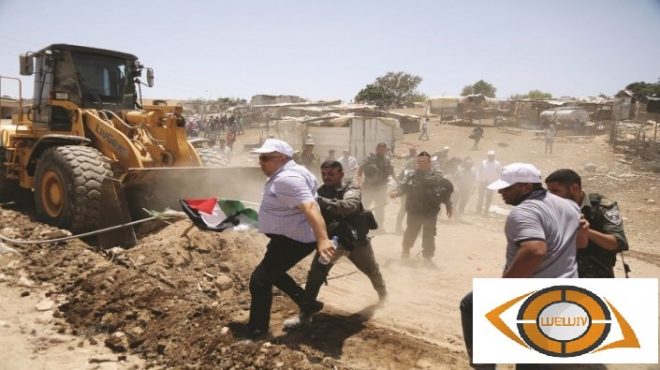 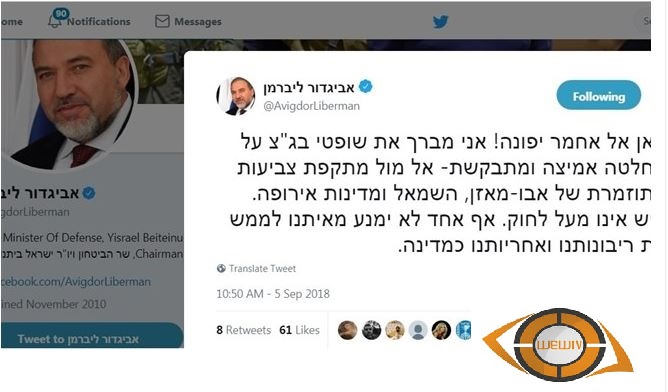 He said that this decision is “brave and necessary” and that “no one will prevent us from practicing our sovereignty or out responsibility as a state”.

He added that this decision is important to “confront the hypocrisy campaign initiated by President Abbas and the Left forces and Europe”.

The Al-Khan Al-Ahmar area is one of the 45 villages to be demolished, which suffered from  displacement of more than 5,000 inhabitants. This will isolate Jerusalem, divide the West Bank, build more settlements and connect them to the so-called E1 settlement project. Those sites, estimated to be 13,000 dunums, will be allocated for settlers.