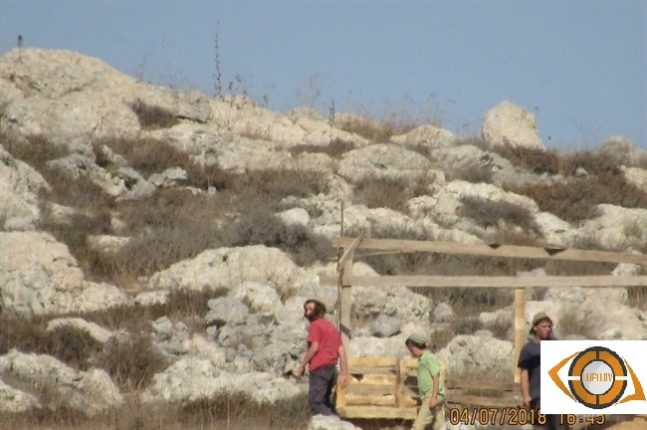 A new journalist investigation published by Haaretz newspaper, on Tuesday 25-9-2018, revealed that the Israeli central court issued last month a decision claiming that the random settlement outpost of “Metsebeh Kiramem”, located to the east of Ramallah in the West Bank, is established on land belonging to the settlements. The court justified its decision by saying that Israeli authorities and “Settlement department” had transferred this land to settlers in an “innocent way” and without knowing that it is a private Palestinian property. 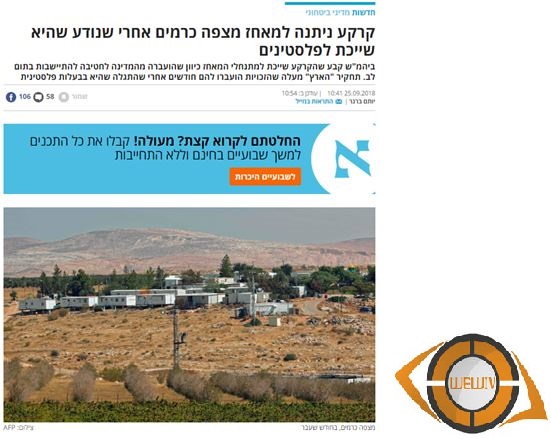 Haaretz investigation revealed that “settlement department” gave settlers “rights” in this land after months of knowing that it is a Palestinian private property. Despite this fact, the “department” gave the land to settlers.

Law experts affirmed that the court’s decision is really controversial even if the land was given to settlers in an “innocent” way. So, this land isn’t a “state land” but confiscated by occupation army. Moreover, settlers managed to obtain this land without any free of charge.

The newspaper said that it has obtained documents practically revealing that “settlement department” gave the land to settlers after knowing that it is a private Palestinian land.