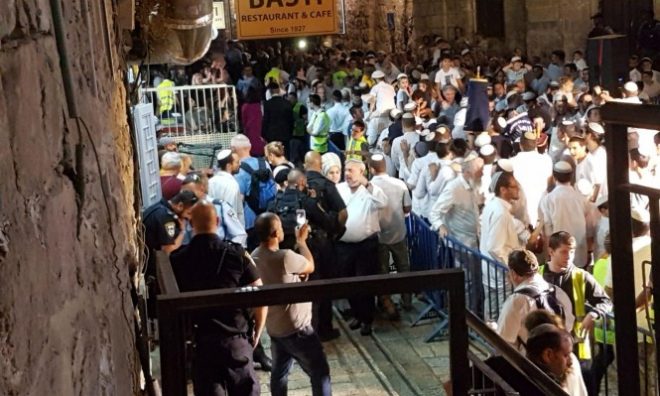 On a Racist Background, and Within one Week, Three Attacks by Settlers Against Palestinians in Jerusalem

Haaretz Newspaper said that, within one week, Jews settlers implemented three attacks against Arabs with racist motivations in Jerusalem. On Sunday 30-9-2018, several Palestinians, in the area of Bab al-Amoud, were wounded after a large group of Haredim religious extremist settlers attacked them. On Wednesday 26-9-2018, Four student Palestinians were attacked in “Park Hamesela” in the area of al-Qatmoun, by dozens of Jews youths, who used electric shock sticks. On the same day, Wednesday, a Palestinian Bus driver was attacked by extremist religious settlers in the area of Bitar Elit.