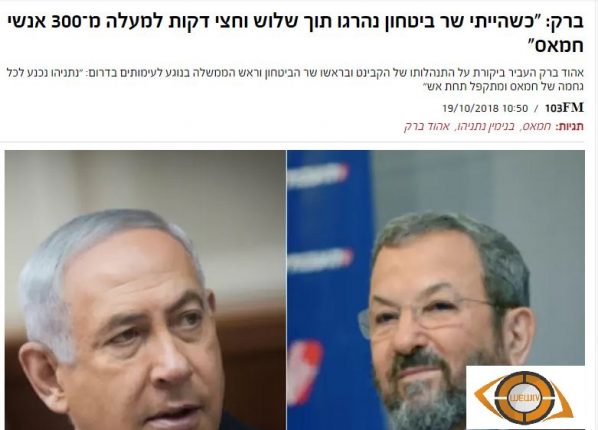 Barak boasts: I Killed more than 300 Palestinians in 3.5 Minutes

Former Israeli Prime Minister, Ehud Barak, said proudly in an interview with (103 FM) Radio, one of the most famous Israeli radio stations, on 19/10/2018, that when he was an army minister, he killed more than 300 Palestinians in 3.5 minutes in one air raid.

Barak did not mention when the attack had taken place, but Palestinian medical sources said that it was on December 27, 2008, when 225 Palestinians – including women and children – were killed in bombing of Gaza Strip.