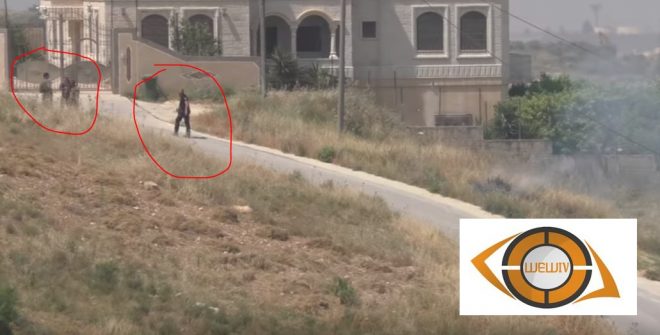 On Friday 17-5-2019, terrorist settlers set fire to Palestinian fields in the towns of Boureen and Asera Al-Qabaleha. They also threw stones against Palestinians, while one of the settlers shot fire under the protection of Israeli occupation army. The fields burnt are located a kilo meter away from the settlement of “Jivaat Roneen”. Israeli soldiers prevent Palestinians from reaching their lands in such areas except for specific days, two times a year.

The soldiers who were standing beside the settlers did not do and thing but prevented Palestinian from reaching their lands which were burning.

As always as expected, settlers who burned the fields were not investigated or arrested but got immunity as usual. In addition, soldiers falsely accused Palestinians of setting fire in Asera Al-Shamaleyah.