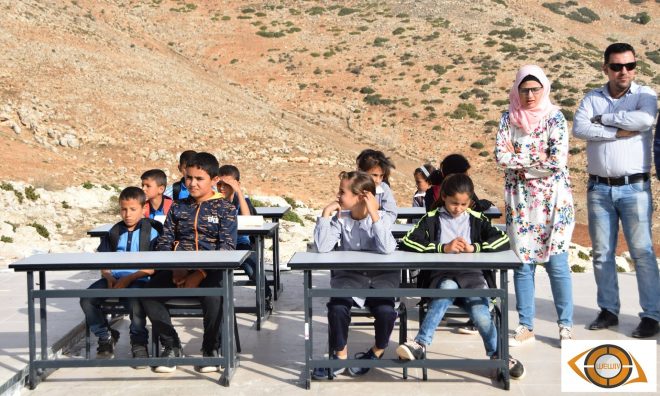 The occupation ministry of Army is to auction two prefabricated classrooms which were donated to Palestinian schoolchildren by the EU children in the Jordan Valley region, which are dedicated to teaching 49 pupils in the northern West Bank town of Ibzig, the Guardian reported today.

After the classrooms were dismantled, the EU mission to Jerusalem and Ramallah condemned Israeli authorities and called on them to rebuild the structures in the same place “without delay”.

“Every child has the right to access education and states have an obligation to protect, respect and fulfil this right, by ensuring that schools are inviolable safe spaces for children,” the mission said at the time.

The EU calls upon the Israeli authorities to halt demolition of the two classes and confiscations of Palestinian land and property, in accordance with its obligations as an occupying power under international humanitarian law.