After His Son’s Remarks, Netanyahu Fakes History And Says: “Palestinians’ Origin Belongs to South of Europe”.

He also said that “The holy book mentions a place called Kaftor, which is possibly the modern island of Kret. There is no connection between ancient Palestinians and current ones whose ancestors came from the Arabian Peninsula to the land of Israel after thousands of years”.

He added that the “link between Palestinians and the land of Israel is nothing compared to 4000 thousands of connection between the Jewish people and the land”. 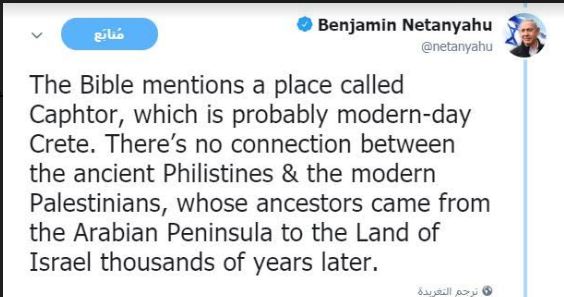