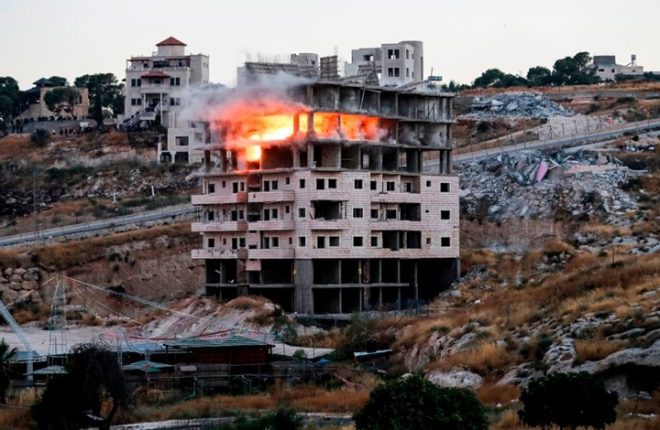 July witnessed  the largest  number of demolitions in the last period.  where Israeli occupation forces demolished 100 apartments in Wadi Al-Homs in occupied Jerusalem, among 237 apartments that were threatened of demolish,  and left  dozens of Palestinians homeless.

The systematic Israeli policy of demolitions shows the occupation’s tendency to distinguish certain geographical areas in the West Bank in order to annex them to the occupying state.