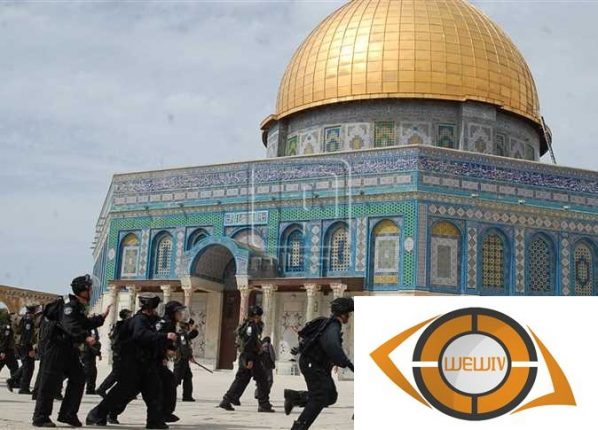 Israeli Occupation Forces committed more than 75 assaults and violations against Al-Aqsa and Al-Ibrahimi mosques during July.

Occupation forces stormed Al-Aqsa mosque more than one time through the gate of Al-Rahma, and get its contents out as a step to retake it.

Other groups working under what is so-called “Association of Temple Organizations” have been spotted inviting their supporters and settlers to participate in Al-Aqsa mosque storms in a wide range, coinciding with the so-called “July Fasting”, which a prelude to what is so-called “Damage of the Temple”.