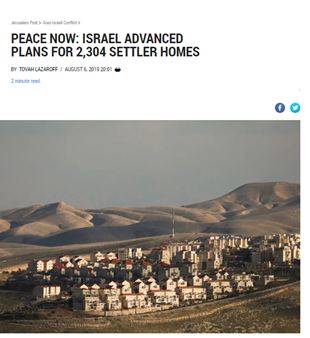 “Peace Now” Israeli movement reported on Tuesday that Israeli occupation government has approved a plan to build news 2300 settlement units on Palestinian lands in the occupied West Bank. This is the newest series of settlement plans approved by Israel since US president Donald Trump assumed his duties as a president.

“Peace Now” movement said in a statement that “Planning committee of the Israeli ministry of interior approved new 2304 settlements units during its meeting in the past couple of days.”.

According to the movement, “Approval of news settlement units is a part of a catastrophic Israeli policy seeking to prevent any possibility of peace, and to undermine the two-states solution toward annexing part or all of the West Bank”.

Israeli prime minister Benjamin Netanyahu said before the April-Israeli-elections that annexing settlements of the West Bank is a step adopted by the right-wing in Israel. Annexing of the West Bank is seen as a destruction tool against the two-states solution which is considered as a core for the international efforts to solve the Israeli-Palestinian conflict. 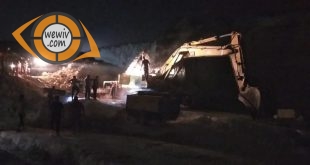