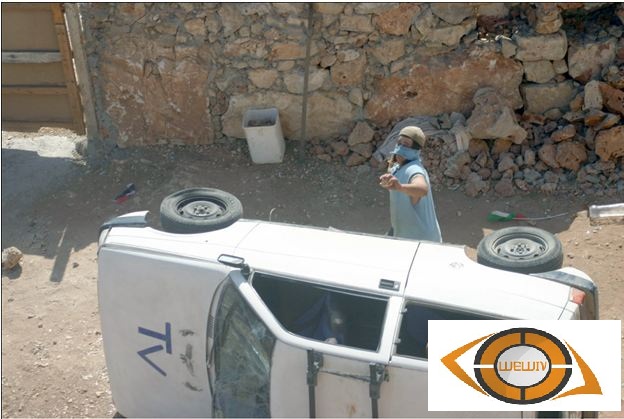 On 17/9/2008, settler gangs carried out an attack at the house of the camera man Yousef al-Qutob near Ramallah. The windows of  his house were smashed, also his car  was destroyed . The incident was documented in pictures. The pictures showed some of the attackers’ faces. However, according to their claim, the Israeli police said they did not find the attackers  after 11 years of  the attack

If the accused  were Palestinians and the complainant was a settler, who  took over their  house. All the security services in the occupation state will be mobilized to arrest them within hours …. But this is  the democracy in the eyes of the occupation (Palestinian always condemned even if they were the victim)