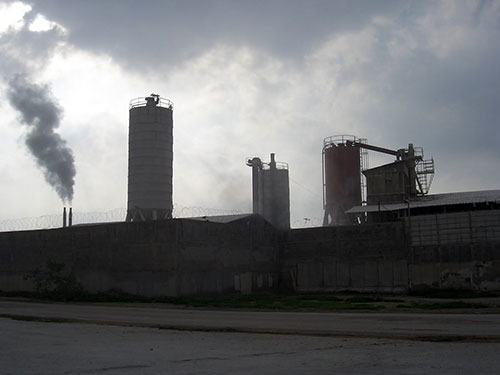 Settlement factories export their products to the world, and the Palestinian pays his health as a price

600 factories in “Barkan” settlement pollute the lives of citizens

Settlements in the West Bank spread pollution of the environment and its components, air, soil and water, and settler factories and Israeli waste are buried and disposed of in landfills in the West Bank.

Barkan settlement factories, north of the West Bank in Salfit, are the largest pollutants in the region and plant the diseases in the bodies of the people of the nearby Palestinian villages.

“This is a war crime committed by the occupying state by killing the environment with all its components, and transporting contaminated waste that needs to be destroyed in private landfills at high cost to random landfills in the West Bank.”

Additionally, the pollution that the settlers’ factories export to the Palestinian environment, such as the Jishuri factories and industrial areas in Ariel settlement and the Barkan factories.

It is necessary for the Palestinian national authority to make an movement towards the International Criminal Court, as what the occupying power is doing amounts to a war crime that is subject to international law.”

In addition to what they are doing: “The settlers are pumping unknown toxic substances that their damages are unknown to the Palestinian lands.”

The occupation allowed the settlers to establish huge settlement factories that export their products to the world, and the Palestinian pays his health as a harsh tax due to the existence of these factories.