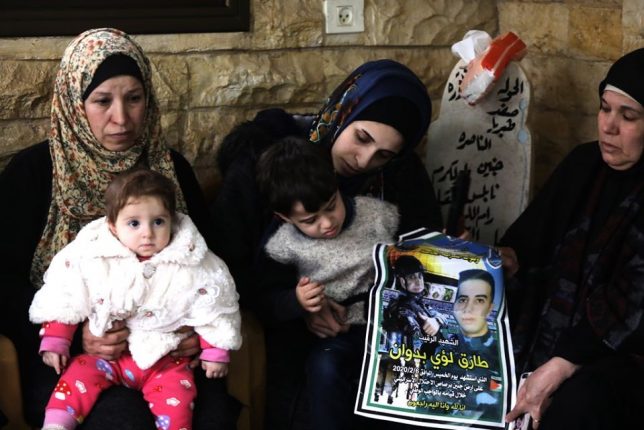 The Haaretz  newspaper, in its English version, said Thursday evening 6-2-2020 that a special internal investigation conducted by the Israeli occupation army on the martyrdom of  the Palestinian police man, Sergeant Tariq Badwan in the city of Jenin, showed that “Sergeant Tariq Badwan did not pose any threat to the lives of the Israeli soldiers who were raiding in the city.

The newspaper quoted  a paragraph from the  investigation conducted by the occupation army, in which it literally said the following:

An internal investigation showed that the Palestinian policeman was standing near a police station, and did not pose any threat to the Israeli soldiers who were raiding the city.

this  is the  video documenting the incident, published by RT

And the question remains – if the scene was reversed and the Palestinian policeman was the one who carried out this act, the result would be:

First: bombing the headquarters of  the Palestinian police with all kinds of weapons and even using  air forces .

Second: Imposing a siege and collective punishment on thousands of  Jenin residents.

Third: The house of  the Palestinian police man will be demolished.