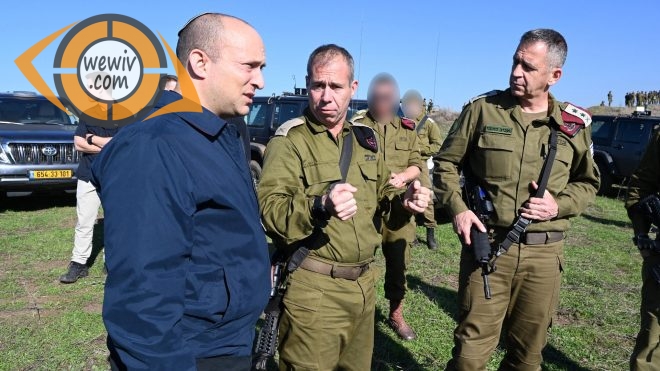 Israeli army minister, Naftali Bennett, approved on Wednesday 6-5-2020 the expansion of Efrat settlement by reduplication of its lands. 1100 acres of  land will be allocated for the settlement, stolen from the Palestinian town of Al-Nahla.

A new neighborhood will be built in the site, and will separate the city of  Bethlehem from its surrounding towns. Peace Now movement and lawyer Michael Sifrad announced they will pursue this issue before the supreme court.

In 2004, Israel announced the land as a state land. Since then, settlers have been seeking to built and expand in it. Bennett’s decision allows for the neighborhood to be planned and built in this site, with 7000 new housing units.

Peace Now movement said about Bennet’s decision: “This is a cynical move by a caretaker defense minister at the end of his mandate while the nation is still reeling from the corona crisis to advance a dangerous plan aimed at entrenching permanent Israeli domination in the southern West Bank and harming the prospect of a two-state solution. The right thing to do is to allocate the land for Palestinian construction, but the Ministry of Defense is currently run by an irresponsible politician willing to cross any red line in the name of his anti-democratic ideology.”

Bennet tweeted “I have given green light to thousand of new residential units in Efrat and Ghush Itsion. I instructed the security institution to continue enhancement of the settlements. There is no way to stop momentum of construction even for a while”. 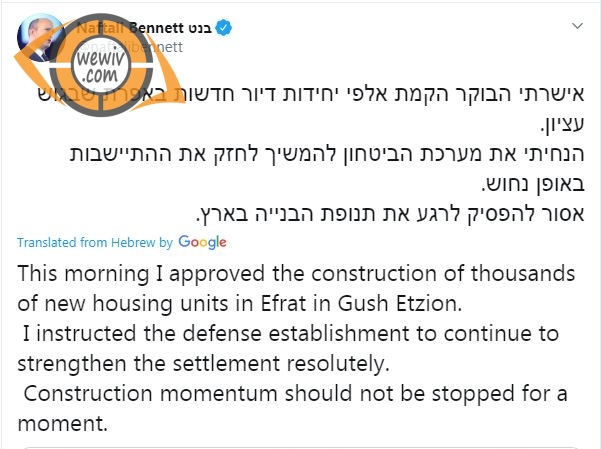