The signing of the Oslo Accord  between the PLO and Israel did not stop the Israeli occupation’s policy of  arbitrary arrests against the Palestinians.

Statistics indicate that despite the signing of the “Oslo” Accord, which was signed on the thirteenth of  September 1993, more than (125) thousand cases of detention of  Palestinians were recorded, affecting all groups and sectors of  Palestinian society. During this period of  time, the occupation authorities built many prisons and detention centers. To accommodate these large numbers of detainees.

Statistics  also indicate that since the signing of “Oslo”, (111) prisoners have been martyred, as a result of  torture, deliberate killing and medical negligence, the last of  whom was the prisoner / Dawood Al-Khatib, who was martyred on 2-9-2020 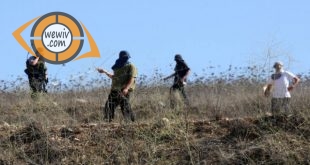