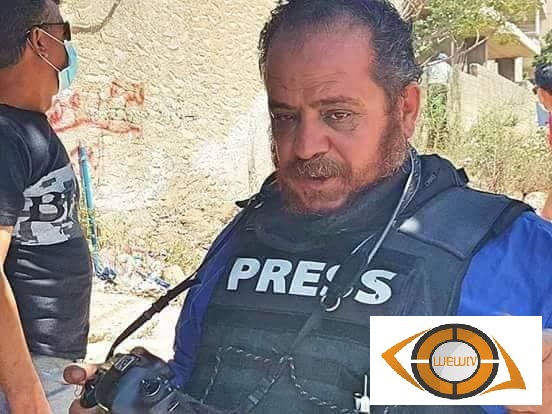 The occupation forces continued to target and attack journalists as part of its systematic policy to limit their activities and their role in covering occupation practices and violations against defenseless Palestinians.

As 6 Israeli violations against Palestinian journalists were recorded and documented during August 2020.

The number of injured journalists due to rubber bullets, tear gas canisters and severe beatings, in addition to other attacks amounted to two injuries, while the number of cases of arrest, detention, confiscation of ID, and shooting that did not result in injuries reached 4 cases.