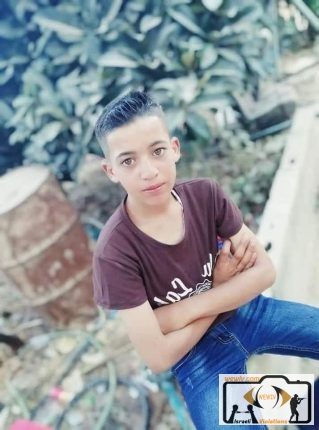 The Child Ali, 14 years, is a new witness to the occupation crimes

The fourteen-year-old child, Ali Ayman Abu Ali, who is fourteen years old, has not yet begun his life. He was wandering his village streets cheerfully, and he did not know that there was an eye behind a rifle scope that decided to put an end to his life by pressing the trigger.

Ayman was martyred after being wounded in his stomach by live bullets fired by the Israeli occupation forces in Al Mughayir village, northeast of Ramallah, on 12/4/2020.

The murder of the martyr child, Ali Abu Alia “is a premeditated execution crime that reveals the extent of the criminality and racism of the occupation soldiers and those behind them, the right-wing government led by Netanyahu.”

For his part, the United Nations Special Coordinator for the Middle East Peace Process, Nikolai Mladenov, called for a speedy and independent investigation into the killing of the child, Ali Abu Alia. “Israel must quickly and independently investigate this horrific and unacceptable incident,” he said in a tweet on Twitter. “Children enjoy special protection under international law, and they must be protected from violence,” he added.