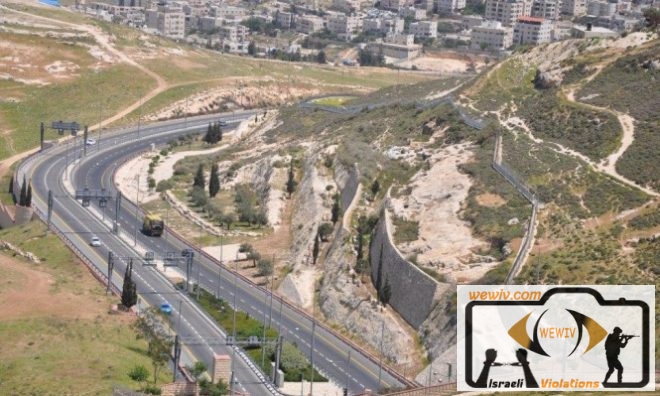 In the coming years, Israelis will be able to commute into Jerusalem and Tel Aviv from settlements deep inside the West Bank via highways, tunnels and overpasses that cut a wide berth around Palestinian towns in the occupied West Bank. New roads will pave the way for faster and larger settlement growth. The infrastructure projects signal that Israel intends to keep large swaths of the occupied territory in any peace deal and would make it even harder to establish a viable Palestinian state.

This is not another hundred housing units there or here,” said Yehuda Shaul, an Israeli activist who has spent months researching and mapping out the new projects. “This is de facto annexation on steroids”.

The new roads promise to change all that, transforming settlements into affordable suburban communities with safe, easy access to cities and public transportation. Shaul estimates the new infrastructure could facilitate plans for more than 50,000 settler housing units in the West Bank and another 6,000 in east Jerusalem.

Alon Cohen Lifshitz, an expert at Bimkom, an Israeli rights group that focuses on urban planning, said the main aim of the road projects is to create a “matrix of control” that ensures the free movement of Israelis while further fragmenting the areas governed by the Palestinian Authority.

Many Palestinians view the roads as another kind of barrier erected to separate communities from one another and farmers from their land.