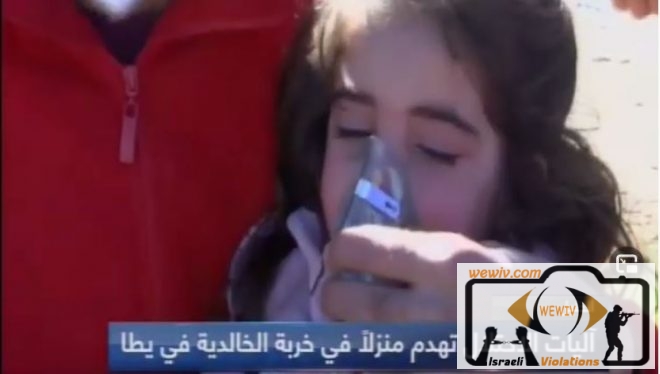 The child (Alma) collapsed and lost conscious after she watched the occupation soldiers demolishing her house and running over her toys with their military bulldozers, as well as attacking and arresting her father. Her small heart didn’t bear all of this violence (her house, toys and father being assaulted by those strangers).

Alma lost conscious for a while, then woke up later just to find everything beautiful had been razed destroyed by the occupation bulldozers.

The occupation army had also demolished 4 houses and a sheep barn in the city of Yatta, south of Hebron, on Tuesday 29-12-2020.