The Palestinian News and Information Agency documented 25 Israeli violations against journalists during April 2021.

Israeli violations against Palestinian journalists continued, and the occupation forces fired live and metal bullets and tear gas grenades at journalists and attacked them with beating and direct arrest or bringing them to trial as part of its policy aimed at confiscating the truth, silencing and suppressing freedom of opinion and expression to cover up its daily crimes against unarmed citizens and prevent these violations from reaching the world public opinion.

The cases of arrest, detention, withdrawal of cards, and shootings that did not result in injuries reached 9, and one case of assault on press institutions and equipment was recorded.

On 4/4/2021, two photojournalists were wounded with two “sponge” bullets, while they were covering the occupation forces suppressing the weekly march of Kafr Qaddum, east of Qalqilya. They are: Palestine TV cameraman Bashar Nazzal, and photographer Abdullah Shteiwi.

On 4/12/2021, the occupation police targeted the American Associated Press agency (AP) photographer, Mahmoud Elyan, with stun grenades, which led to severe burns, while covering the weekly demonstration of As-Sheikh Jarrah against settlement in Jerusalem.

On 04/21-2021, the occupation forces arrested the journalist Alaa al-Rimawi after they stormed his home in Ramallah.

On April 22-2021, the occupation police targeted the Jordanian TV cameraman Rajai Al-Khatib with a rubber bullet that hit him in the foot. He was also beaten and was about to be arrested in Bab al-Amud in Jerusalem.

On the previous date, the occupation forces arrested the journalist, Qutayba Saleh Qasim, while he was on his way to Jerusalem, via the military crossing 300, north of Bethlehem, which leads to Jerusalem, and took him to an unknown destination.

On 04/23-2021, the occupation forces targeted “Al-Ghad” satellite correspondent Khaled Badir with a teargas canister that hit him in the foot, while he was covering the clashes that broke out west of Tulkarm.

On 04/23-2021, the occupation forces arrested the correspondent of “Sanad” news agency, the journalist Muhammad Ateeq, at “Atarot” military checkpoint northwest of Jerusalem.

On 04/24-2021, the occupation forces severely beat the free cameraman Wahba Makiya, which led to muscle tears and bruises in his hand, and the journalist Zeina al-Halawani during their coverage of settlers ‘attacks on citizens’ homes in As-Sheikh Jarrah area in Jerusalem.

On 4/25/2021, the occupation forces targeted both the correspondent of the Jordanian channel “Roya”, Hafez Abu Sabra, with a teargas canister that hit him in the chest, and the correspondent of Al-Jazeera TV, Tariq Youssef, with a similar bomb in the head, while they were covering the cgashes that broke out between the soldiers and young men at Huwara military checkpoint, south of Nablus.

On the same date 04/25/2021, the photographer of the Turkish Anadolu Agency press, Fayez Abu Rumaila, was wounded with a rubber bullet in the right foot while he was covering the attacks of the occupation soldiers in Jerusalem. 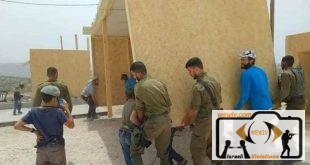 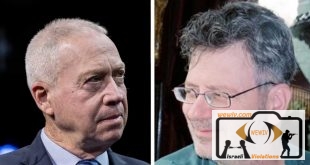 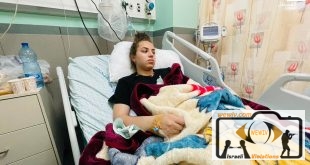