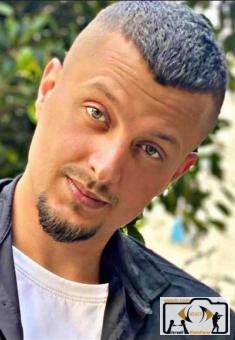 Another state-terror operation carried out by the occupation when an Israeli special unit carried out an assassination operation against the Palestinian youth, Ahmed Abdo, while he was sitting in his vehicle

On the morning of 25 May, 21, when Ahmed Abdo (25 years) got into his car in Al-Bireh city, a vehicle belonging to the special unit of the Israeli Border Police, known as Al-Yamam, intercepted him. B’Tselem published a video showing the Israeli soldiers getting out of their vehicle and immediately shooting Ahmed Abdo while he was inside the vehicle. Later, Ahmed, as he was wounded, opened his car door from the right side. Then the members of the occupation army appear surrounding the car, opening some of its doors and dragging Ahmed out of it. After that they left him without first aid and left him to bleed.