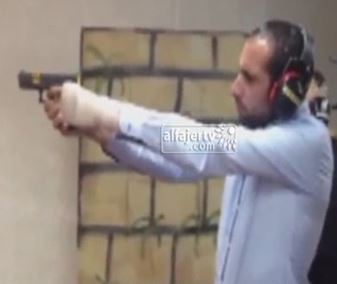 The commander speaks of the “Jewish Gang” speaks out to his followers in Israel of the Jewish right-wing racists before carrying out attacks: “We aim to build a large organization for the defense of the Jewish people against the Arab enemy”.

Who stands behind the development of the escalating attacks on Arabs in Israel?

“The black group” began its activist right-wing propaganda on the application of “What’s Up”, especially after the group has expanded its planning and advocacy mobilizing hundreds to participate in what they described as ” fishing round ” in search of Palestinians in West Jerusalem to assault them under the pretext of revenge for the killing of the Hebron settlers. 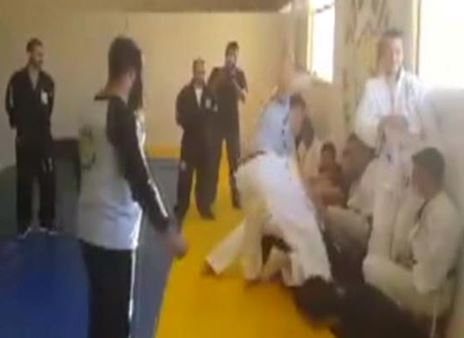 The leader of the organization
Ayyash (31 years) was born in the French capital Paris where he founded “Jewish Defense League”, and after the exposure of his direct responsibility for organizing attacks on

Supporters of the Palestinian cause and anti-Zionism, he was forced to flee to Tel Aviv due to fear of prison.

Ayaash arrived to Israel in February 2013, he succeeded in a few months to launch his activity to devote himself the leader of a right youth group, formed the hard core of the organization of “Black gang”, the “Gang of Black”, which was established following the racist Israeli rapper, Yoav Yasi, Ayaash developed the racial groups as one of our sources said to choose a hierarchical organization goals and identifies priorities.

“Aayash describing the enemy as” Arabs in the country “, in reference to the Palestinians inside the Green Line. Ayaash says:” it’s inevitable to defend our people against the Arab enemy”

Field commander of the gang
Yuaaf Elyasy a famous Rapper is the field commander of the “balck group” merged with the Jewish league nicknamed the “shadow” who is well known for leading young men in the right wing in what they call “fishing rounds” in Jerusalem streets, Tel Aviv and Haifa.

Another aspect of Aaash plans, reveals a meeting in Jerusalem for the “hard core” of the organization, was attended by dozens, most notably Aaash and Nimrod Aaleran, and the singer “the shadow”, presented at the meeting plans about how to face “the interior Arab enemy,” Aaash, said that there should be economical boycott for the Palestinians inside the Green Line to prevent Jews from hiring them for work , and attack on the Arab workers who work in gatherings Jewish residential areas ,and to prevent the Jews from the sale of property for the Palestinians,
And turn the lives of Palestinians who bought homes in the mixed neighborhoods into hell to force them to leave these neighborhoods, in addition to working on prevent, the prayer voice by disruption as Aaash did for one of the mosques in Jaffa.

Tactics of Action:
Most of the “organization Aaash” members had served in the Israeli army. Subjected to continuous training on street fighting by professionals.
On the seventeenth of July, the organization crowded a thousand of people from Jerusalem and Tel Aviv and Haifa to attack Palestinians on their way to a demonstration, refusing the aggression on Gaza. The organization’s members ambushed the demonstrators and rained them with stones as they went out of the buses, injuring many of them.