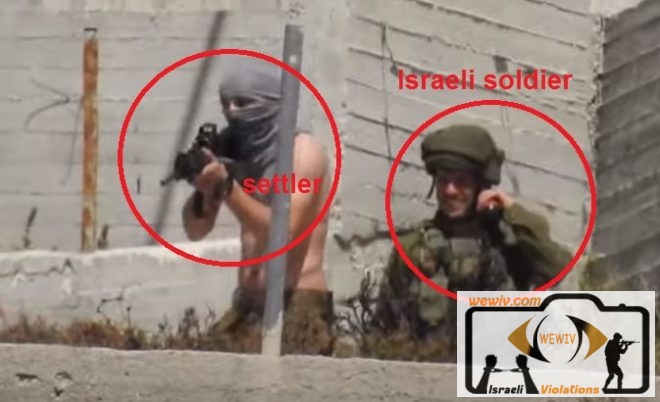 Are Palestinian lives and rights matter?

Gabriel García Márquez was not talking about Zionism when he said, “In this city they did not kill us with bullets, but also killed us with decisions”, but he was inspired by the suffering that humanity suffers as a result of murder and denial of rights. It seems that modern Zionism has embodied itself in the words of this world writer to add to the filthiness of its occupation of the Palestinian people another description that Marquez himself did not mention, namely apartheid, when the murder and deprivation are based on discrimination and domination. This characteristic is evident in the statements of the Israeli Prime Minister, “Naftali Bennett”, which caused wide controversy when he was interviewed two days ago by the American “CNN” presenter, Christiane Amanpour. Bennett denied calling the Palestinian territories ‘occupied‘, saying they are disputed lands under international law, as Bennett pointed out, while commenting on the storming of the Al-Aqsa Mosque by the Israeli forces, that his job as prime minister of the Israeli government is to protect the security of the Israelis, and not that of the Palestinians!
In fact, the storming of the Al-Aqsa Mosque by the Israeli occupation forces poses a serious problem if one considers the thought and practice of the “new Zionism” that reigns in Israel. While Israeli security services have warned of the escalation of violence by Palestinians during the month of Ramadan, we see that the right-wing occupation government is indeed the same one that escalated the situation during the month of Ramadan, killing more than 23 martyrs and arresting 450 Palestinian prisoners; Including 105 prisoners who were subject to administrative detention orders. His forces also stormed the Al-Aqsa Mosque, sacred to Muslims, and injured hundreds of worshippers. While the Israeli police say they are dealing with the storming of Al-Aqsa Mosque by settlers, they have not injured, killed or arrested any of these extremists who belong to the Temple groups and terrorist organizations Zionists such as Kach and Hilltop Youth and others… Are the weapons of the Israeli police forces only valid against Palestinians?! or don’t Palestinian lives matter?!
Since the current Ramadan, the Israeli occupying forces have imposed strict restrictions on the number and age of worshipers at Al-Aqsa Mosque, while allowing religious extremists to visit the holy site and pray there under the eyes of the Israeli police, despite the fact that Israeli law itself prohibits Jewish prayer there, and that the origins of Jewish law prohibit prayer in the Holy Campus, according to Joseph Massaad, professor of political history and Arab Culture at Columbia University. By necessity, does the Israeli government want to divide the Temple Mount in time and space, or does it seek to provoke a religious war in the region, or does it pursue the two policies in a when international law prevents the occupying government from making a de facto modification of holy sites and occupied areas? In fact, it seems clear that the religious and civil rights of Palestinians are not important to the Israeli occupation!
The recent events in Al-Aqsa have clearly demonstrated the occupying state’s policy of discrimination and apartheid, where the lives of Palestinians and their rights are not important, as the Amnesty International report states by commenting the bloody events in the occupied Palestinian territories. Furthermore, the policy of incitement against the Palestinian people has not been limited to the Israeli media alone, but has also included official statements by Israeli leaders. Gantz, the Israeli Minister of Defense, threatens to wage a merciless war against the Palestinians. They also threatened to use maximum force against Palestinian protesters. Even though it led to their murder on suspicion; the Euro-Mediterranean report indicates that no less than 8 executions on the ground were recorded under the pretext of suspicion or attempted execution or even a knife operation in recent events. As a result, as Marquez says, they killed Palestinians not only with bullets but also with apartheid policies in the occupied Palestinian territories.