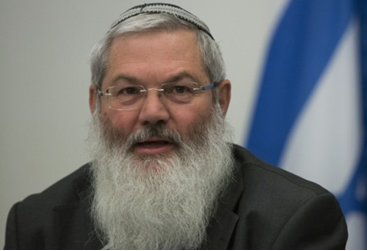 During discussions about the resumption of peace talks conducted in 2013, The current Israeli army minister Eli Ben Dahan, from the Jewish Home party, said “For me, Palestinians are animals, they are not humans”.

He said later to Maariv newspaper, in the same year, during discussions about a new legislation regarding same sex marriage, that “a Jew has better soul than a non-Jew even if he is a homosexual”.