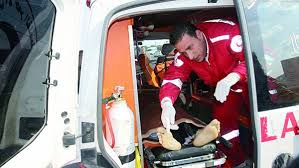 Jerusalem: Three young men were wounded with live bullets during violent clashes that erupted at dawn on Sunday, in Qalandia refugee camp, north of Jerusalem, between dozens of youths and Israeli occupation forces that stormed the camp.
Hebron: Israeli occupation soldiers injured on Sunday, two citizens with live ammunition and rubber bullets in Hebron, and abused citizens living in the areas near the settlements.
Hebron: A number of citizens were injured by rubber bullets, and dozens with suffocation by tear gas, on Saturday evening, in Al-Kassara area and near ‘Abu Rish’ checkpoint in the old town of Hebron.
Hebron: A number of Palestine Polytechnic University students were injured on Sunday, with suffocation by gas, in confrontations with the Israeli occupation in ‘Al-Harayiq’ area, south of Hebron.
Hebron: Four young men were shot with rubber-coated metal bullets and bomb sound shrapnel, and others with suffocation, during clashes between dozens of youths and Israeli occupation forces, at the eastern entrance to Beit Kahil town, northwest of Hebron.
Hebron: The young girl Rula Banat, 18 years, was injured with bruises after a settler hit her with his car as she was crossing the street at the entrance of Al-Aroub refugee camp, north of Hebron.
Bethlehem: A young man wounded with a tear gas canister in the head on Sunday, during confrontations between youths and Israeli occupation forces near Murad Resort, in Dar Salah village, east of Bethlehem.
Tulkarem: A number of Palestine Technical University students – Kadoorie – were injured with suffocation by tears tear gas in clashes broke out this morning, between Kadoorie students and the occupation forces on the western lands of the University.
Tulkarem: Dozens of young men were suffocated with tear gas, in clashes in the vicinity of ‘Jachure’ Israeli factories, west of Tulkarem.
Qalqilya: 36 citizens were injured on Saturday during clashes between Israeli forces and citizens in An-Naqqar neighborhood, southern entrance to Qalqilya, including four injuries by rubber-coated metal bullets and the rest with suffocation due to inhaling tear gas.
Gaza: 3 civilians were wounded with live ammunition, in renewed clashes with Israeli forces east of Al Bureij refugee camp in central Gaza Strip. 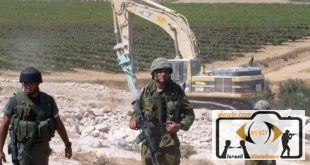 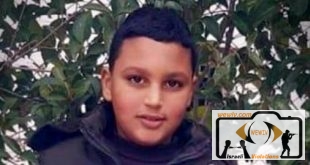