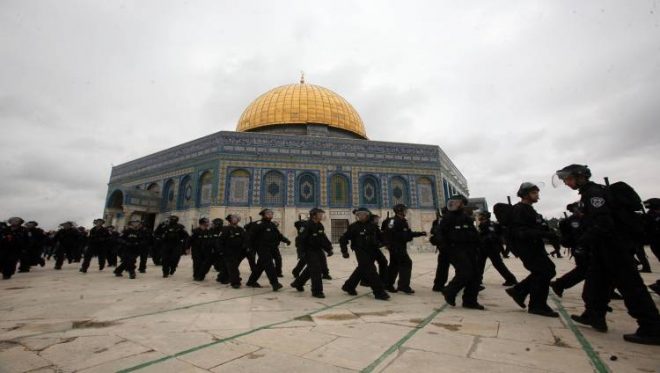 Jerusalem: Israeli settlers stormed al-Aqsa mosque under the protection of IOF and Israeli police.
Jerusalem: The so-called Temple Mount Organization Coalition called the Israeli government to lighten a candlestick inside the Dome of the Rock.
Jerusalem: IOF arrested a number of citizens inside the city including Mohammad Hasan Khalalyleh and Tamer Bste from the old city.