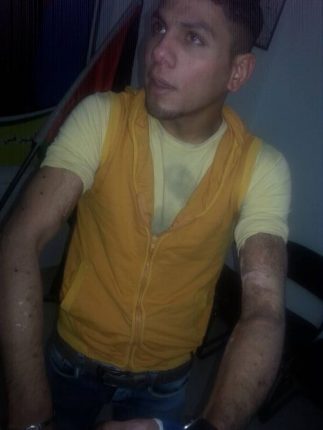 The Palestinian Prisoners Club in Ramallah recorded the witness of the ex-detainee Waseem Belal Maaroof 21-year-old from Nablus who was tortured by IOF in Israeli prisons.
He said that IOF beaten him and attacked him using their guns while he was on his way from Nablus to Ramallah. Then he was sent to the hospital for treatment then transported to the prison of Huwara after which soldiers attacked him severely, and put off cigarettes on his body.
Director of the Palestinian Prisoners Club demanded to prosecute the perpetrators for these inhuman crimes and to close the prison in Huawa which tortures Palestinians.
It’s noteworthy that Maaroof was detained on 31 of November and was released yesterday.