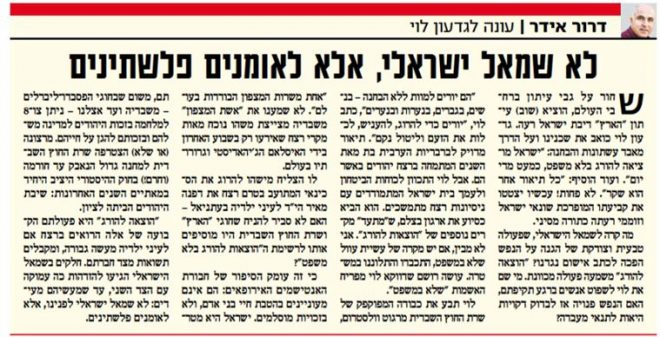 Source: Israel Today
Israel Today Newspaper published on 18 Jan, 2016 an opinion written by Daror Idar justifying the random killing of Palestinians. He also described Arabs a Barbaric.
He said “What’s wrong wih the Israeli left? It’s natural to defend ourselves so how this turns to be a bill of indictment? Excution means an attempted killing. Who gave the journalist Jedon Levy the right to prosecute people while being under attack? does the human being under attack have enough time to think what to do?
Levy said in his article “Soldiers shoot whatever attacks them whether they are children, men kids or boys .. They do the random killing.
Daroro said that they are some in the Israeli left who strongly sempathize with Palestinians, and their actions emphasize that there is no Israeli left bu national Palestinians.