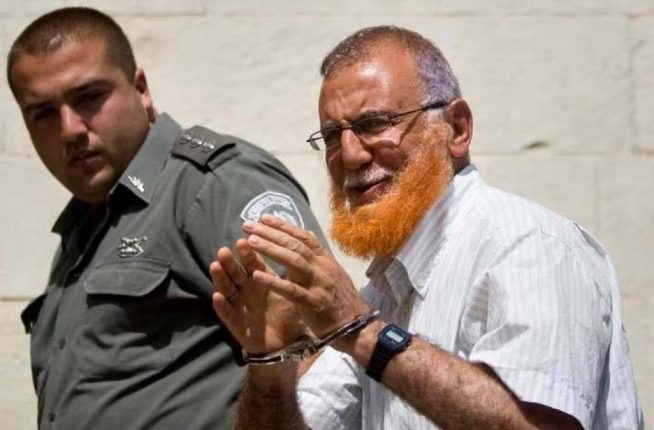 Israel Jails Palestinian MP and Charges him a Fine

Israeli military court in Ofer sentenced Palestinian MP Mohammed Abu Tair to 17 months, in addition to a fine of 8 thousand Shekels, and 30 months suspended sentence. The court issued this verdict after Abu Tair served 11 months in the Israeli prisons, where we was arrested since 27-1-2016.

It’s worth mentioning that Abu Tair is 65-year-old who served more than 34 years in the Israeli prisons. He was elected as an MP in 2006.