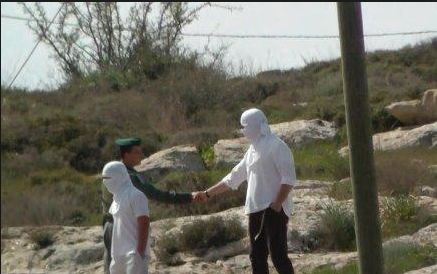 The settler-led terrorism that Alex Fishman wrote about in the Yedioth Ahronoth newspaper under the title “The Return of Jewish Secret Cells”
Fishman says: Cooperation between the Baladam group and Yitzhar extremists led to the resumption of Saturday trips, the secret name of the violent campaigns by masked people against the Palestinians.
Jewish messianic and anarchist terrorism that seeks to destroy the Zionist state, which hinders the advent of resurrection, raises its head again. In the last two months alone, eight secret operations of Jewish terrorism have been recorded inside the Green Line and the West Bank: in the Arab villages of Wadi Ara and in the Naoura in the north, and in Jerusalem and the Palestinian villages near Yitzhar settlement.
The Jewish terrorist escalation is reminiscent of the previous wave, which reached its peak in July 2015 when the Duabshah family was killed in Duma village.
In professional definitions, Jewish terrorism now exists in the so-called “third phase” of the escalation scale. The first stage is violence near settlements. The attitude of the Jewish terrorist activists is that “in the places where we live, no enemy shall be seen before us”, Palestinians, peace activists or the left.
The pulsator heart of the renewed Jewish terror operates in two centers. The first is Yitzhar: there is “the price tag”. In addition to Yitzhar, there is another center, which had the name the “Hilltop Youth”. There are violent groups living in the “Baladim” hot spots, such as Gyulaat Tzion and Ramat Migron. A number of these outposts are located in a closed military zone, but no one cares. The hard core of the “rebellion group” headed by Meir Ettinger, the grandson of Rabbi Kahane, came from there. Two members of this group were accused of killing the Duabsha family.
They ate also responsible for setting fire at the Dormition Church in Jerusalem and the Church of Bread and Fish in Tiberias. However, there was a union between the activists of Yitzhar and the Baladam. Thus, the violent activists from Yitzhar found themselves leading the hilltop youth in order to carry out terrorist operations.
The second stage includes the exit from the settlement, or the so-called “Saturday trips” in Yitzhar. They finished the prayer and went out to villages like Burin, Aruf and Hawwara to attack these villages. In most cases, the army knows about these acts in advance, and reaches the spot, but no effect.
On April 22, during a “saturday trip,” an attack on Uref and Hawara from Yitzhar took place. The result: a number of Palestinians injured, including an elderly woman.
The meeting between the hilltop youth and the residents of Yitzhar is also an economic issue. The hilltop youth work on repairing houses for the contractors from Yitzhar, and they sleep there and stay on Saturdays as well.
We are now in the third stage of Jewish terrorism. This is the “secret phase”: events occur at night by small cells. Here is a partial list of the last weeks: at the end of March, the price tag worked in the Spanish consulate in Jerusalem. On 26 April, they burned a car in Huwwara, near Yitzhar, and wrote extremist national slogans. On May 5, they damaged tires of cars and wrote slogans in East Jerusalem. On 9 May, they damaged cars in Shu’fat. That night, in Naoura near Afula, cars were damaged and slogans were written by the price tag. On 24 May, cars were burned in Arra. On 29 May, a tractor was burned and slogans were written in the village of Burin near Yitzhar, and so on.
“If there is no change in consciousness now, we are on the way to another wave of Jewish terrorism. And so, Duma 2 is a matter of time.”