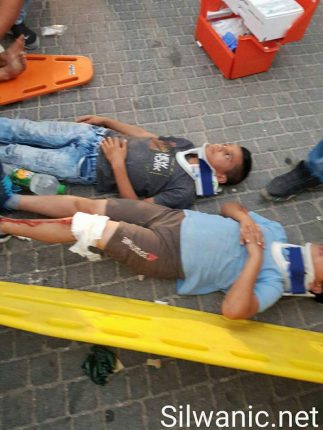 A settler runs over four Palestinian children in Jerusalem

Four children were injured on Thursday evening, 10-8-2017, after being run over by a settler while they were walking on Al-Ain Street in Silwan, south of Al-Aqsa Mosque.

According to the sources, the four children had bruises and injuries and were taken to Hadassah Hospital for treatment. The sources added that the settler intentionally ran over the children while walking along the road, before he fled.