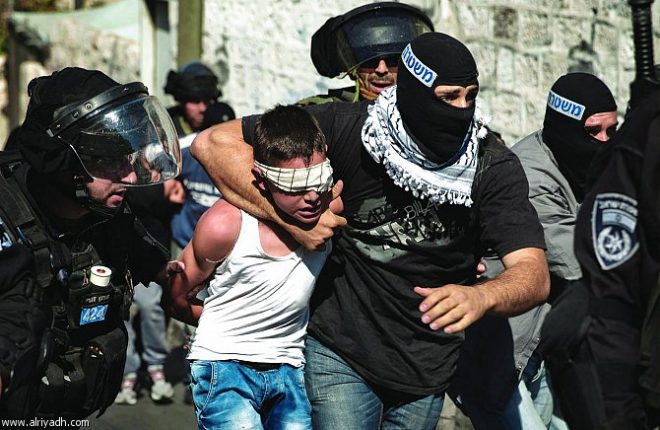 “The Israeli government and its soldiers and interrogators treat the detained children cruelly since the moment of their detention, the lawyer of the Prisoners’ Affairs Committee,” Heba Masalha said. She added that they are practicing various forms of torture, abuse and insults that violate all humanitarian international laws, and the International Convention on the Rights of the Child.

Issa Qaraqa’a, head of the Prisoner Affairs Committee, said that the number of detained children has increased in recent months to reach 400 children in Ofer and Majdu prisons and that 95 percent of children have been subjected to brutal and frightened practices since the moment of their detention and during interrogation. The occupation government practices methodological policy in arresting and torturing children, put them in inhumane conditions, and place the detention of minors under the cover of racist and arbitrary laws both in terms of detention and through the issuance of high sentences with fines in the military courts of the occupation.