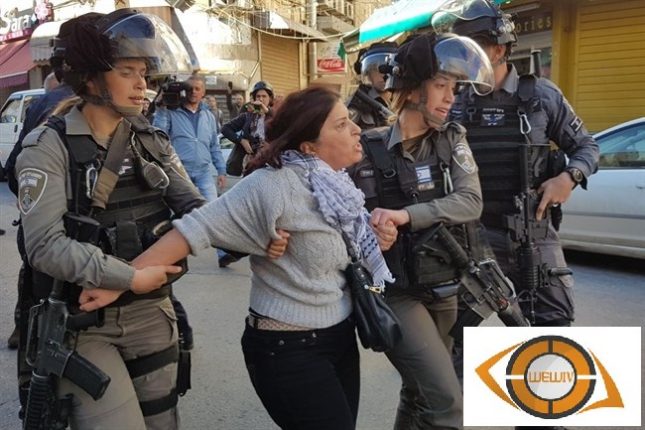 OCCUPIED JERUSALEM, Dec. 9 – 2017- Israeli occupation forces have oppressed dozens of demonstrators in the occupied city of Jerusalem during a peaceful protest against Trump’s decision to recognize Jerusalem as the capital of the occupying state. In the photo, the Israeli occupation forces are arresting the Legislative Council Member, Jihad Abu Zneid and beating her during arrest. (It  is the democratic state that Trump boasts)